Is there an obsession with a recession? 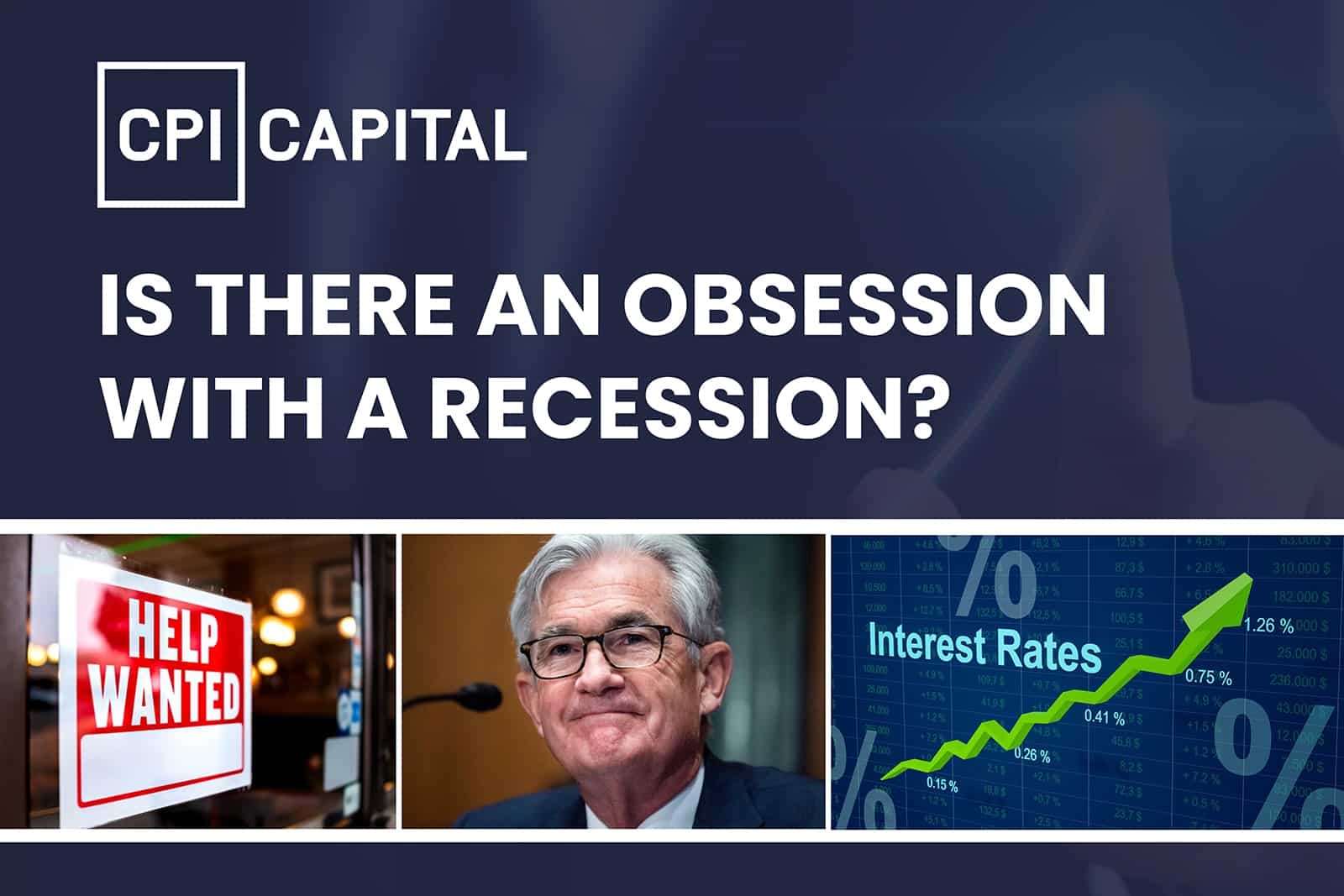 “Recession” seems to be the word on everyone’s lips nowadays.

In fact, hardly a day goes by without someone in the media talking about an impending recession and the potential issues associated with some form of possible economic downturn over the next 6-12 months.

And “possible” is the key operative word here, as there are so many mixed signals from the economy and, importantly, the housing market that a high degree of uncertainty as to whether there will actually be a recession reigns.

Indeed, the only certainty is that all recessions (going back over the last 70 years) are different: they may be mild, they be more severe or they may simply be “quasi recessions”, that is, they “feel” like a recession but the impact on the economy and housing market is limited. Even the experts agree that no two recessions are the same!

What is a recession?

A recession can be defined as a sustained period of weak or negative growth in real Gross Domestic Product (“GDP”) which is accompanied by a major rise in the unemployment rate.Such a period is often said to be at least two consecutive quarters of reduced or negative economic growth.

There are other economic indicators which show the status of the health of the economy but the two most keenly watched remain any fall in GDP numbers and any increase in unemployment figures. These indicators are closely intertwined and, in fact, feed off each other.

The cycle goes something like this: recessions often follow a period of high inflation due to a fall in consumer spending as interest rates rise; there is a drop in factory or manufacturing output (and profits) in view of lower demand and, accordingly, job losses start to mount.

In turn, higher unemployment puts further pressure on the economy as consumers are buying less and the economy stagnates or contracts. The housing market will be affected as demand for (new) accommodation is reduced and so values and rents are under pressure.

For the average US employee, however, it is the often just the threat of an increase in the chances of being unemployed which is most keenly felt (either permanent job losses, temporary lay-offs or no overtime work etc)—and this evokes concerns about an economic slowdown, measured by indices such as the Consumer Sentiment Index. Pessimistic sentiment from consumers about issues such as high inflation, in turn, may help fuel the possibility of a recession.

Well, that’s the theory, but what about reality?

After a prolonged period of low interest rates, kept low in part to help stimulate economic growth and boost consumer spending both during and after the ravages of the pandemic, the availability of such “cheap” money has helped fuel inflationary pressure on the economy.

The Fed’s goals and policies

Economic policy makers at the Fed are aware of the effects of inflation and, over the last 6-9 months have been pursuing a policy of gradually raising interest rates to curb inflation, trying to find the right balance between taming inflation but not unduly curbing economic growth. Ideally, the Fed wants to avoid a recession which they admit may “certainly be a possibility”.

After all, conventional wisdom is that a recession always follows a period of high inflation as economies “pause for breath”, consumer spending falls (partly due to affordability issues) and eventually prices and costs stabilise.

But, currently, yes GDP may be falling. But employment is rising! More people are getting jobs than losing them!

Furthermore, corporate profit margins, which have been healthy over the last couple of reporting seasons, are looking much better than at other times when the US economy stood on the edge of a possible slowdown (as with 2001, for example, which was very much a business driven recession where over investment was a key theme).

In 2022, some companies are expecting double digit profit growth. And, what’s more, unlike previous situations where recessions were being forecast, major US companies presently have plenty of cash reserves—estimated at some US$ 4 trillion in total—and a significant downturn buffer.

Turning to the labour market, there have been several major changes in employment since the onset of the pandemic:

Overall demand for services and goods and for real estate such as multi-family homes remains strong, partly on the back of, until relatively recently, government measures to stimulate such consumer demand and the low cost of borrowing. Coupled with the aforementioned changes in the labour market, the strong consumer demand means the economy may be more robust than a decline in GDP might infer.

After past recessions there was a phenomenon known as “job recovery” where GDP started to rise but workers were still being laid off. Yet, now, the situation is a mirror image of this with, as mentioned, falling GDP but rising employment figures. Most economists agree that this is unsustainable and so two things have to happen:

At this point in time, the “jury is out” on the next move in the economy but the good thing is that there is still a lot of positive news out there!

CPI Capital holds the view that, fundamentally, the overall real estate market is in reasonably good shape. Demand for multi-family accommodation can actually stay strong both in cases of high inflation but also in a recession.

As the experts agree, no two recessions are the same and it may be that we are seeing the start of a “quasi-recession” where GDP does fall marginally but employment stays high, meaning that there should still be consumer demand for goods and services and real estate generally.

CPI Capital monitors economic data and indicators daily, and we remain optimistic that multi-family investing will continue to present long-term opportunities over the longer term.