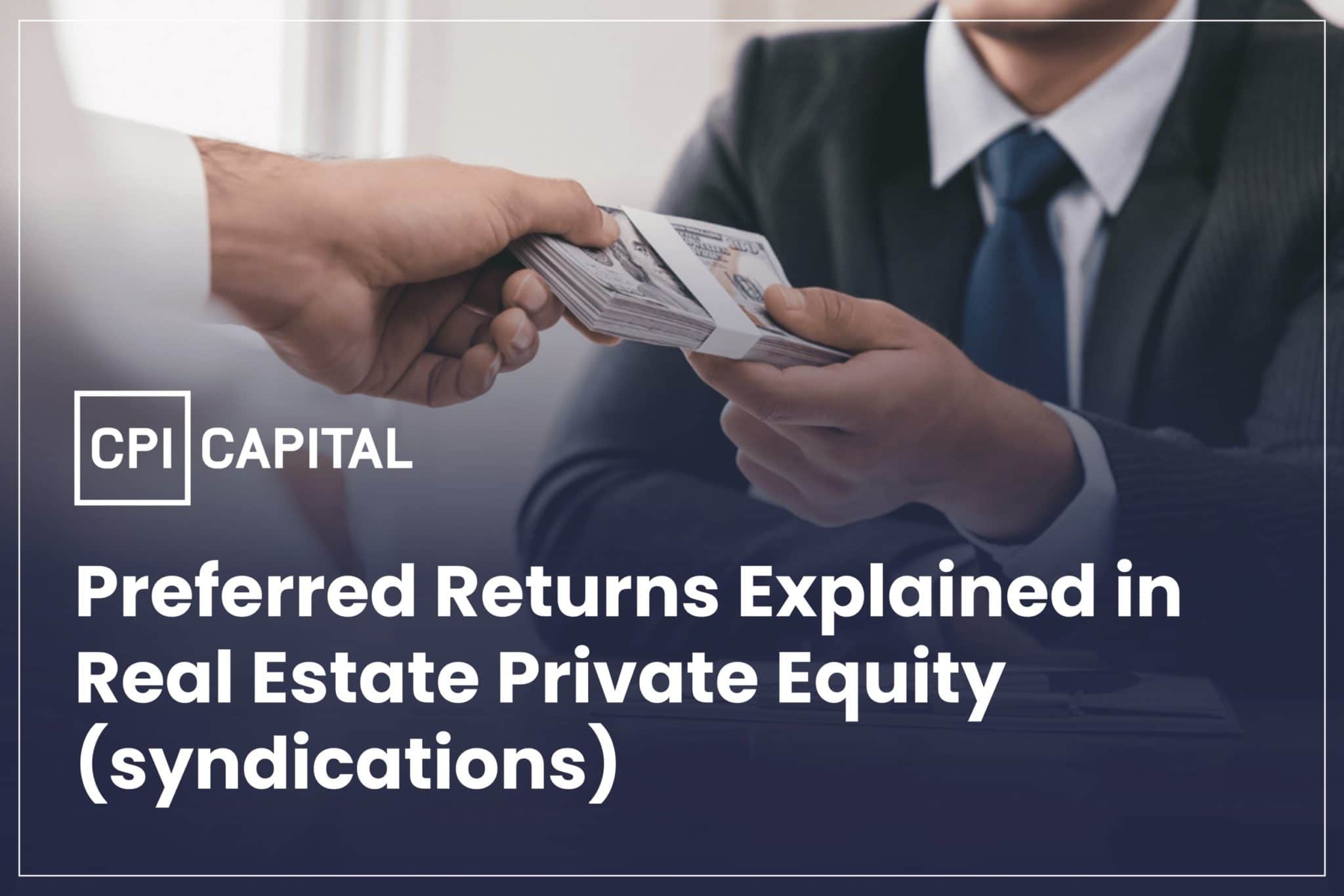 In any REPE deal there will be a variety of equity investors as well as various levels of debt associated with the project.

Accordingly it stands to reason that there will be different levels or priorities of investment returns, one of which is the “preferred return” (or sometimes simply known as “pref”).

Fundamentally, a preferred return is a way to protect the capital of limited partners (“LP”)  in a real estate deal, as it is they who inject the majority of the money into a project. The preferred return is also an excellent way for a GP to show preferential treatment to its passive investors and confirm that interests are aligned by allowing them to receive the first proceeds of all cash flows.

There are many considerations when implementing a preferred return, which can be structured in dozens of different ways and there are, as you might expect, a variety of different terms in use for such pref. Sometimes it is called an “investment hurdle” or “waterfall arrangement” or “first money out” but the concept is still the same: essentially it is a way for capital investors in a deal to get paid first

What is the typical hurdle for a preferred return?

Many sponsors structure their transactions with a so-called “waterfall” arrangement with the first “hurdle” being a, say, 8% preferred return, where LPs receive 100% of profits until an investment reaches an 8% return and then any remaining capital will be allocated to other partners such as LPs or GPs. A range of 6-10% is not uncommon, with the split usually based on ownership percentages or amounts stated in the legal offering documentation.

After the first hurdle, most transactions are structured as a 70/30 split, although other splits are not uncommon.

What are some of the key terms to consider relating to preferred returns?

In practice there isn’t a single industry standard when it comes to preferred returns in real estate, either in terms of percentages or the way hurdles and return distributions are structured.

Accordingly, it’s up to REPE investors such as CPI Capital to work out the best, most equitable structures for all parties involved in the investment..

Obviously, the overall aim is to always secure the best returns for our passive investors and, indeed, we aim to be creative when structuring how capital flows from a particular real estate syndication deal. Having said this, it’s worth noting that not all GP’s or projects offer preferred returns to passive investors.

A preferred return gives additional certainty to capital investors that they will receive a standard and guaranteed rate of return on their money, in addition to the other benefits of the real estate deal such as capital appreciation and/or refinancing or capital out scenarios.

Just another few reasons why REPE investments or syndicated real estate investments are so lucrative and appealing to passive investors!