What is Economic Occupancy vs Physical Occupancy? 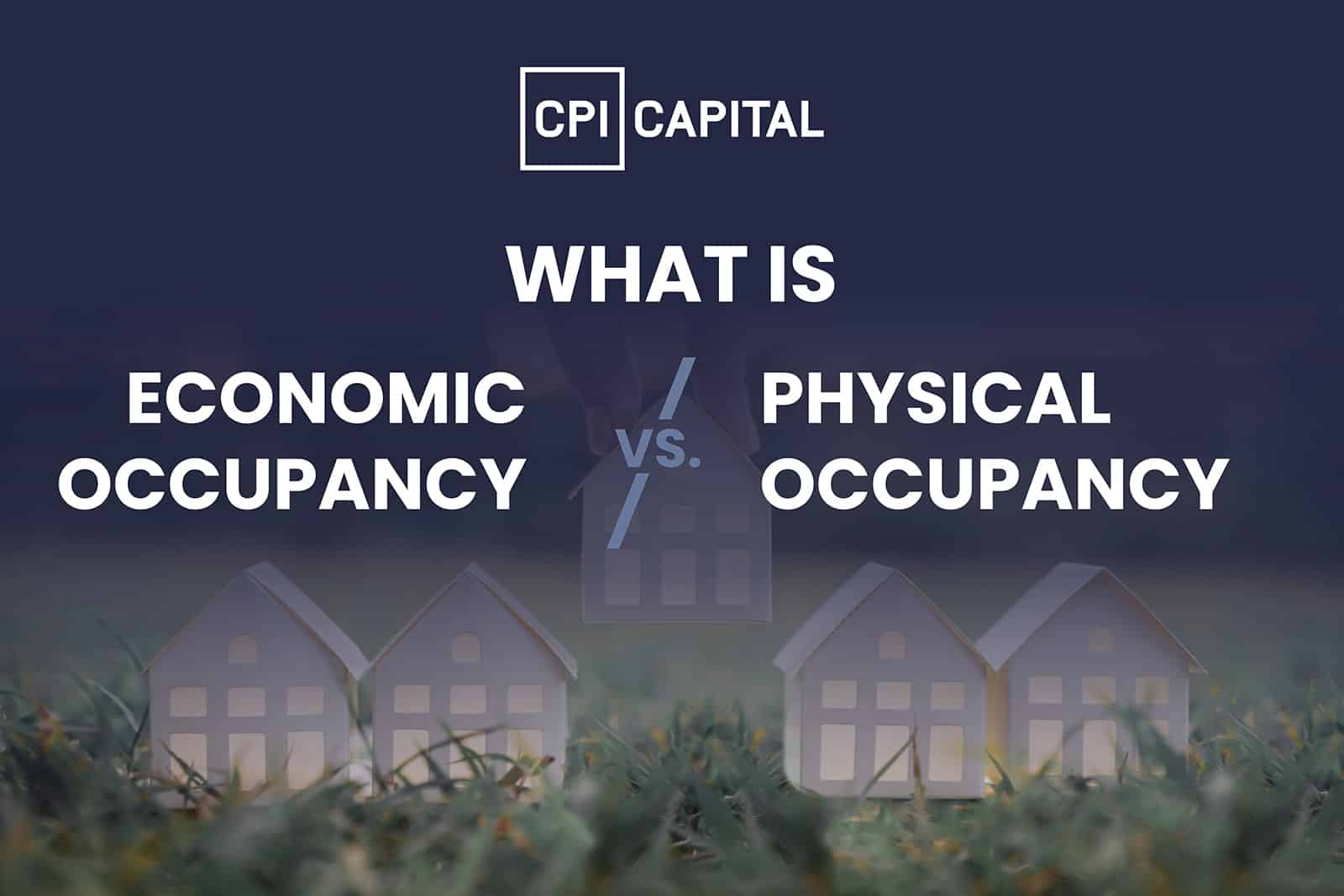 You’ll often hear owners and real estate syndicators talk about the occupancy of their multi-family apartments, but do you ever stop to wonder if they are speaking about economic or physical occupancy?

Of course, in REPE investment terms, both economic and physical occupancy are important as they are both metrics which can help gauge the investment performance of a property asset.

Therefore, the importance of occupancy cannot be understated: after all, cashflow from rental income results from tenants paying their rental every month, whilst there may be a loss of potential income if a unit or units is/are vacant or a tenant fails to pay rent.

Rental property owners, syndicators and property managers are always concerned about physical occupancy but, in fact, all measure the efficiency of the rental income being generated from the property by analysing economic occupancy.

So let’s have a look at both physical and economic occupancy to see how they affect the performance and investment returns of a real estate asset.

What Is Physical Occupancy?

What Is Economic Occupancy?

Economic occupancy considers what income a rental property is producing compared with what it should be making. In other words, economic occupancy is a calculation of the physical occupancy measured against the total possible income on the assumption that a property is 100% occupied and all tenants are paying the full market rental value.

In well located, well-managed buildings, generally, economic occupancy may be expected to be in the region of 90% or better. Less than this might indicate underlying management issues or some problem with the building. Having said this, as not all leases in a building will start at the same time and, as rentals change over time, it can be difficult to ever achieve 100% economic occupancy.

What are some of the differences between Economic and Physical Occupancy?

Owners and managers of multi-family apartment properties and complexes typically measure their success by referring to both physical and economic occupancy rates. These two concepts are certainly related and as mentioned above, they are not exactly the same.

An alternative way to view economic occupancy is to consider the percentage of rentals which the owners and/or managers actually collect from their tenants measured against the total sum of money which could be collected if the property was 100% occupied at full market rents,

The resulting ratio demonstrates how successfully or unsuccessfully the syndicator or operator maximises potential revenues.

How are physical and economic occupancy calculated?

But, as mentioned, this is an unlikely scenario due to issues such as different lease commencement dates, different negotiating power of tenants etc.

An example may help:

Yet, if only 6 tenants are paying the current market rent of $1,000 and 2 paying $800, the economic occupancy will differ:

The same formula can be applied yearly:

[ Passive investors : do you know how to vet a real estate investment group before making an investment?

Download and read our FREE e-book: 25 Fundamental questions to ask a Syndication Sponsor before making your investment ]

What is a typical economic occupancy rate?

What are some of the key causes of an occupancy rate under 90%?

Obviously, all businesses run in cycles and investing in syndicated multi-family homes is no exception. There will be times when both occupancy and rate dips in the short-term, and then gradually recover.

However, if the economic occupancy rate is less than 90% consistently for a few months, then this, obviously, needs addressing. Here are some of the reasons why occupancy might be lower than expected:

vacancies: are too high, perhaps as the available units are in need of repair and renovation or there are outside factors such as neighbourhood problems or an economic downturn;

asking rents are too high: meaning that the property is not attractive to new units or that existing tenants are having problems paying their rent. Asking rents should always be based on comparable rentals in the area, but also having regards to operating costs. Reducing rents may mean receiving less per unit, but it may keep more units occupied. Potential savings in operating costs can also be looked at to see margins can be enhanced;

tenants default or delay rental payments: if the tenant is having cashflow problems or is simply a bad-payer then an effective screening process can help. Verifying employment, checking credit scores and performing background checks are all mandatory to help in the screening and selection of reliable tenants.

On the other hand, tenants may not pay rental if they feel their daily problems aren’t being responded to or taken seriously. This may be due to a lack of repair and maintenance or some other operational issue which needs responding too and addressing;

too many concessions or Incentives are being offered: most tenants expect some form of rental discount or concession but these, clearly, have to be factored into the economic occupancy rate and they should be calculated before being offered. On the other hand, securing new tenants or retaining old tenants by offering a discount may outweigh any loss in the economic occupancy rate.

CPI Capital is well aware of the importance of keeping close track of both physical and economic occupancy in syndicated multi-family apartments. Paying attention is especially vital for economic occupancy as failure to keep such occupancy high may translate into investors not getting the investment returns they expect or making the most out of the rental property.

These indicators can also highlight possible management problems or property issues and this links into keeping a building well maintained and occupied by quality tenants paying their rent on time and in full.

Fortunately, CPI Capital has both the right experience and expertise within its teams to be able to address both physical and economic occupancy and always maximise the investment returns for its passive investors!